Wooly Bully by Sam the Sham and The Pharaohs

Can’t Buy Me Love by The Beatles

Poor Side of Town by Johnny Rivers

Wooly Bully by Sam the Sham and The Pharaohs 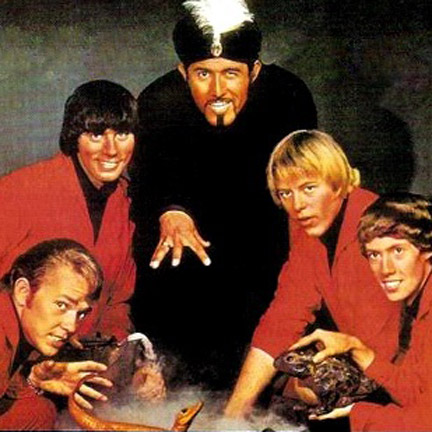 The song “Wooly Bully” by Sam the Sham and The Pharaohs is one of those happy, sixties rock and roll songs. Band member and lead singer Domingo Samudio (aka Sam the Sham) wrote “Wooly Bully” in 1965, and it became a huge hit in 1965. Samudio wanted to write about the dance the Hully Gully, but the record label’s legal department objected. They Olympics had a hit with a song by that name in 1959. So Samudio changed it to Wooly Bully, which, the story goes, was the name of his cat. In the song, Matty and Hatty get their dancing shoes on, and they won’t be L-seven, meaning square. The counting at the beginning in Spanish and English is just a little bit of Tex-Mex. Beyond that, the meaning of the song is up for speculation.

“Wooly Bully” was recorded at Sam Phillips Recording studios in Memphis, which was the successor to the original Sun Studios. In 1965, the song went to #2 on the U.S Billboard Hot 100. It sold more than three million copies and earned an RIAA gold record.

Sam the Sham and the Pharaohs were from Dallas, Texas, and formed in 1961. Evidently, they liked Yul Brynner as the pharaoh in the 1956 movie The Ten Commandments, and that inspired the name. Samudio took the name of Sam the Sham because he didn’t think he was much of a singer. The members were Samudio, David A. Martin, Jerry Patterson, Ray Stinett, and Butch Gibson. They had success with other songs, including “Li’l Red Riding Hood” and “The Pied Piper.” These days, Samudio is a motivational speaker and a poet.

Here are the lyrics to “Wooly Bully” by Sam the Sham and the Pharaohs:

For another song by Sam the Sham and The Pharaohs: “Li’l Red Riding Hood.”

If you are interested in an album from Sam the Sham and The Pharaohs:

The Pass the Paisley Groove Pad is a resting stop, a place to chill out and listen to the featured song on the stereo. If the mood strikes you, click on the juke box to access and listen to the 50+ commercial free online songs there. The TV has several channels, with selections updated twice a week. Every now and then, Pass the Paisley hosts an all-request of 1960s and 1970s songs for a Be-In at the juke box in the Groove Pad. Keep on truckin’. Hope you enjoyed “Wooly Bully” by Sam the Sham and the Pharaohs.