The Foundations Build Me Up Buttercup

House of the Rising Sun by The Animals 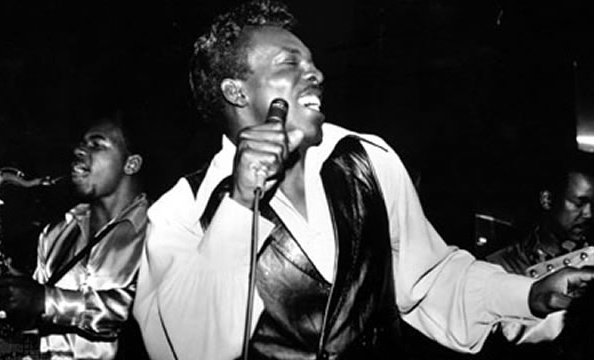 The song was written by Arlester “Duke” Christian, who recorded it with his band Duke & The Blazers in 1967. They have said that the Broadway in the title refers to other Broadways rather than the one in New York City. That is, they were thinking of Broadway in Buffalo, New York, and Broadway Street in Phoenix, Arizona. No matter. Wilson Pickett did a cover of the song in 1967, and his version charted very well at #1 on the U.S. Billboard Hot Soul Singles chart and #8 on the U.S. Billboard Hot 100. Personnel for the track were Wilson Pickett (vocal); Spooner Oldham (keyboards); Chips Moman and Jimmy Johnson (guitar); Tommy Cogbill (bass); Roger Hawkins (drums); Bowlegs Miller (trumpet); Charlie Chalmers and Jimmy Mitchell (tenor sax); and Flody Newman (baritone sax).

Here are the lyrics to “Funky Broadway” by Wilson Pickett:

Oh, you got me feelin’ all right

For another song by Wilson Pickett: “Mustang Sally.”

The Pass the Paisley Groove Pad is a resting stop, a place to chill out and listen to the featured song on the stereo. If the mood strikes you, click on the juke box to access and listen to the 50+ free online songs there. The TV has several channels, with selections updated twice a week. Every now and then, Pass the Paisley hosts an all-request of 1960s and 1970s songs for a Be-In at the juke box in the Groove Pad. Keep on truckin’. Hope you enjoyed “Funky Broadway” by Wilson Pickett.