The Miracles The Tracks of My Tears 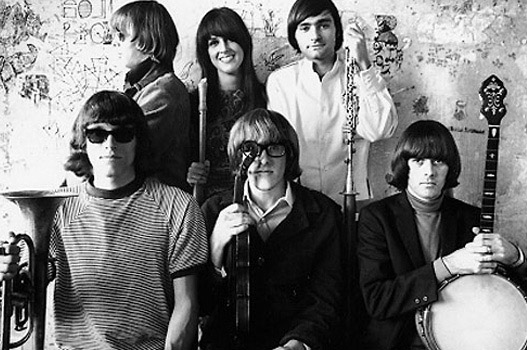 The song “White Rabbit” by Jefferson Airplane was a seminal song for psychedelic rock music. In 1966 San Francisco was buzzing with the hippie movement. Singer Grace Slick had just left her band The Great Society to join Jefferson Airplane. She brought two of her compositions: “Somebody To Love” and “White Rabbit.” In 1966 the group’s second LP, Surrealistic Pillow, was recorded in Los Angeles over a period of thirteen days. RCA Victor staff producer Rick Jarrard brought the album in at the cost of only $8,000. The album was released in February 1967 and entered the Billboard 200 Album Chart, where it remained for the next year, peaking at #3. It sold over a million copies and was awarded an RIAA Gold Disc.

The name Surrealistic Pillow was the brainchild of Jefferson Airplane’s mentor and “shadow producer, “Jerry Garcia. RCA Victor refused to give Garcia a credit as Producer. However they grudgingly let the group list him as their “spiritual advisor.”

“White Rabbit” was the album’s second single. It uses imagery from Lewis Carroll’s “Alice’s Adventures in Wonderland.” Slick re-read the classic while on an LSD trip and was amused by what she perceived as drug references: vials of chemicals that made one larger or smaller, mushrooms, and of course the “hookah smoking caterpillar.”

“White Rabbit” was a breakthrough song on many levels. It is basically one long crescendo, using the same format as Ravel’s famous “Boléro,” and was among the first songs to feature surrealistic, psychedelic lyrics. It succeeded despite the “establishment” community’s strong objection to its obvious drug references. It was on the Billboard Hot 100 for nine weeks and peaked at #8.

“White Rabbit” was the final song in Jefferson Airplane’s set at Woodstock in 1969. Jefferson Airplane went onstage at 8am on the third day. They followed a performance by The Who that had been running since 3am.

Here are the lyrics for “What Rabbit” by Jefferson Airplane:

And if you go chasing rabbits, and you know you’re going to fall
Tell ’em a hookah-smoking caterpillar has given you the call
And call Alice, when she was just small

When the men on the chessboard get up and tell you where to go
And you’ve just had some kind of mushroom, and your mind is moving low

Go ask Alice, I think she’ll know
When logic and proportion have fallen sloppy dead
And the white knight is talking backwards
And the red queen’s off with her head
Remember what the dormouse said
Feed your head, feed your head”

If you want to read about more psychedelic rock music, please click here for “Mellow Yellow” by Donovan.

If you’re a Jefferson Airplane/Jefferson Starship fan and are interested in an album of their music, please click on the photo below:

The Pass the Paisley Groove Pad is a resting stop, a place to chill out and listen to the featured song on the stereo. If the mood strikes you, click on the juke box to access and listen to the 50+ commercial free online songs there. The TV has several channels, with selections updated twice a week. Every now and then, Pass the Paisley hosts an all-request of 1960s and 1970s songs for a Be-In at the juke box in the Groove Pad. Keep on truckin’. Hope you enjoyed “White Rabbit” by Jefferson Airplane.