The Yardbirds For Your Love

The Supremes You Keep Me Hangin On

The Yardbirds For Your Love 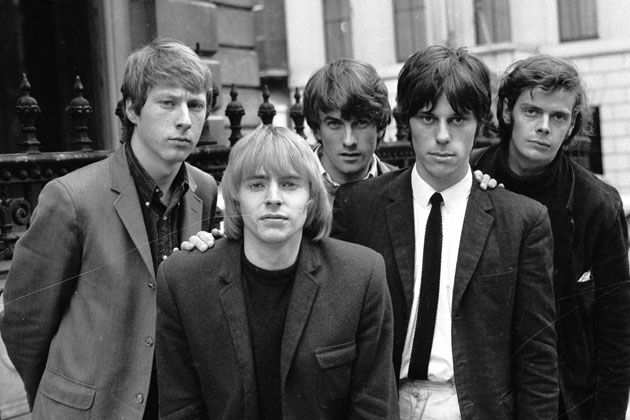 The song was written by English singer, songwriter, and musician Graham Gouldman. (He wrote hits for The Yardbirds, The Hollies, and Herman’s Hermits, just to name a few. Gouldman also became a long-time member of the band 10cc.) In 1965, “For Your Love” went to #6 on the U.S. Billboard Hot 100, #3 on the U.K. Singles Chart, and #1 in Canada.

The Yardbirds formed in London, England, in 1963, and they first worked as a backup band for Cyril Davies. Their big break came when they took over from the Rolling Stones at the Crawdaddy Club in Richmond and played a set of American blues classics. Eric Clapton, Jimmy Page, and Jeff Beck, who are among rock and roll’s finest guitarists, began their careers with The Yardbirds. Members changed over the years, but for “For Your Love,” they were Eric Clapton, Keith Relf, Chris Dreja, Jim McCarty, and Paul Samwell-Smith. The name Yardbirds referred to hobos who hung around the rail yards and was also a reference to Charlie “Yardbird” or “Bird” Parker.

Clapton was not happy with the song and their departure from blues, so he left the group in 1965 to join John Mayall’s Bluesbreakers. (Over the years, he went on to form Cream and Blind Faith before pursuing a solo career.) Anyway, The Yardbirds replaced him with Jeff Beck.

Here are the lyrics to “For Your Love” by The Yardbirds:

The Pass the Paisley Groove Pad is a resting stop, a place to chill out and listen to the featured song on the stereo. If the mood strikes you, click on the juke box to access and listen to the 50+ free online songs there. The TV has several channels, with selections updated twice a week. Every now and then, Pass the Paisley hosts an all-request of 1960s and 1970s songs for a Be-In at the juke box in the Groove Pad. Keep on truckin’. Hope you enjoyed “For Your Love” by The Yardbirds.