The Name Game by Shirley Ellis

The Animals We Gotta Get Out of This Place

The Name Game by Shirley Ellis 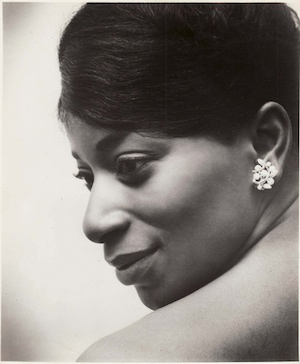 The song “The Name Game” by Shirley Ellis was popular even though the British Invasion had arrived and was going strong in 1965. American pop and novelty songs continued to be successful. “The Name Game” was written by Shirley Ellis (her professional name, and Shirley Elliston was her married name) and Lincoln Chase (“Such a Night” and “Jim Dandy”). It was based on a rhyming game Ellis played as a child. Ellis’s recording, produced by Charles Calello, was released in late 1964 as “The Name Game.” It went to #3 on the U.S. Billboard Hot 100 and #4 on the R&B Chart in 1965. The record was re-released in 1966 and in 1973. While Ellis’ stock in trade was novelty hits, she was not a one-hit wonder. An R&B singer for ten years before that, Ellis also charted with “The Clapping Song ” (#8 on the Billboard Hot 100 and #16 on the R&B), and “The Nitty Gritty.” Ellis performed “The Name Game” on major television programs of the day, including Hullabaloo, American Bandstand, and The Merv Griffin Show. “The Name Game” has been recorded by dozens of recording artists in the years since, including Laura Branigan, Ian Cussick, Pia Zadora, Aaron Carter, Lil’ Kim, Cupid, and many more.

Here are the lyrics to “The Name Game” by Shirley Ellis:

Come on everybody! I say now, let’s play a game
I betcha I can make a rhyme out of anybody’s name
The first letter of the name, I treat it like it wasn’t there
But a B or an F or an M will appear

And then I say the name again with an M this time
And there isn’t any name that I can’t rhyme
Arnold, Arnold, Arnold bo Barnold Bonana fanna fo Farnold
Fee fy mo Marnold Arnold

But if the first two letters are ever the same
I drop them both and say the name like
Bob, Bob drop the B’s Bo ob
For Fred, Fred drop the F’s Fo red

For Mary, Mary drop the M’s Mo ary
That’s the only rule that is contrary

Okay? Now say Bo Bo
Now Tony with a B, Bony
Then Bonana fanna fo, bonana fanna fo
Then you say the name again with an F very plain, Fony

Then a fee fy and a mo fee fy mo
Then you say the name again with an M this time, Mony
And there isn’t any name that you can’t rhyme

The Pass the Paisley Groove Pad is a resting stop, a place to chill out and listen to the featured song on the stereo. If the mood strikes you, click on the juke box to access and listen to the 40+ songs there. The TV has several channels, with selections updated twice a week. Every now and then, Pass the Paisley hosts an all-request of 1960s and 1970s songs for a Be-In at the juke box in the Groove Pad. Keep on truckin’. Hope you enjoyed “The Name Game” by Shirley Ellis.