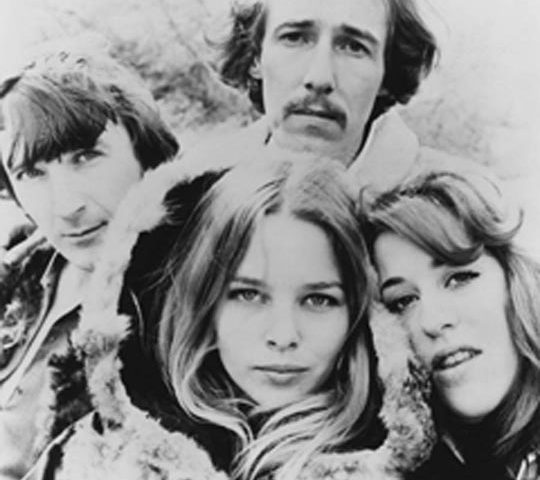 The song “California Dreamin'” by The Mamas and The Papas made us all want to go to So Cal. Ah, the warmth of Southern California when it’s cold back East. But, more than the sunshine, there was the 1960s counterculture happening there, championing peace, love, and various pharmaceuticals. “California Dreamin’,” written by group members John and Michelle Phillips, was released as a single in December, 1965. It went to #4 on the Billboard Hot 100 and Cashbox in 1966. It rose to #23 on the U.K. Singles Chart. The song expresses the sadness and hope of longing very well. The story goes that in 1963, John and Michelle were newly married and living in New York. She was homesick for California, and John began to write about it. She enjoyed visiting churches, evidently, and a visited St. Patrick’s Cathedral inspired the second verse. Group members of The Mamas & The Papas for the recording were John and Michelle Phillips, Cass Elliot, and Denny Doherty. Jazz musician Bud Shank played the also flute solo, and P.F. Sloan provided the guitar introduction. “California Dreamin'” sold more than one million copies and was awarded an RIAA gold record. It is on Rolling Stone’s list of the “500 Greatest Songs of All Time.”

The song was first recorded by Barry McGuire. There have been numerous covers of the song, including versions by The Beach Boys R.E.M, The Carpenters, the Four Tops, The Seekers, Queen Latifah, and Meat Loaf just to name a few.

Here are the lyrics to “California Dreamin'” by The Mamas and The Papas:

“All the leaves are brown and the sky is grey
I’ve been for a walk on a winter’s day
I’d be safe and warm if I was in L.A
California dreamin’, on such a winter’s day

Stepped into a church I passed along the way
Well, I get down on my knees and I pretend to pray
You know the preacher likes the cold
He knows I’m gonna stay California, California dreamin’, on such a winter’s day

All the leaves are brown and the sky is grey
I’ve been for a walk on a winters day
If I didn’t tell her I could leave today
California, California dreamin’, on such a winter’s day”

For another song by The Mamas and The Papas: “Monday, Monday.”

The Pass the Paisley Groove Pad is a resting stop, a place to chill out and listen to the featured song on the stereo. If the mood strikes you, click on the juke box to access and listen to the 40+ songs there. The TV has several channels, with selections updated twice a week. Every now and then, Pass the Paisley hosts an all-request of 1960s and 1970s songs for a Be-In at the juke box in the Groove Pad. Keep on truckin’. Hope you enjoyed “California Dreamin'” by The Mamas and The Papas, one of the fine sixties folk music groups.