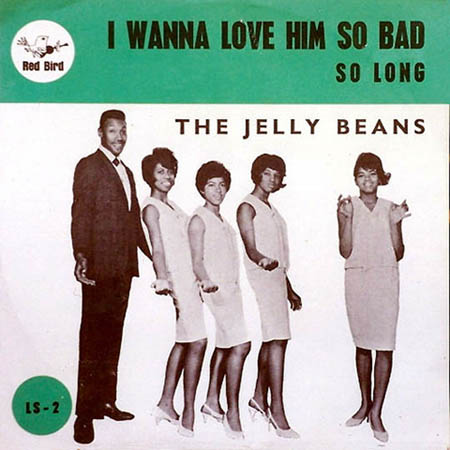 The Jelly Beans were an R&B vocal group who got together while in High School in Jersey City, New Jersey. They were originally a quintet (and then a quartet) of Charles Thomas, Alma Brewer, Diane Taylor, Elyse Herbert, and Maxine Herbert. The dynamic music business duo of Jerry Leiber and Mike Stoller became interested in them for their new Red Bird record label. (It was associated with End/Gone Records of George Goldner.) Song writers Jeff Barry and Ellie Greenwich gave them “I Wanna Love Him So Bad,” which rose to #9 on the U.S. Billboard Hot 100 in 1964. They had other songs, but they did not have charting success. And Red Bird records was busy with The Shangri-Las and The Dixie Cups. The Jelly Beans disbanded in 1965.