The In Crowd by The Ramsey Lewis Trio

The Tremeloes Silence is Golden

The In Crowd by The Ramsey Lewis Trio 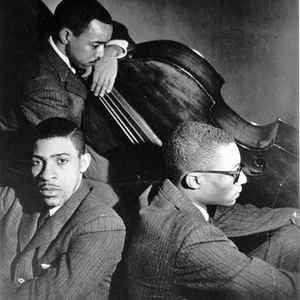 The song was written by Billy Page and arranged by his brother Gene Page for singer, songwriter, and record producer Dobie Gray. It was first recorded and appeared on Gray’s 1964 album titled Dobie Gray Sings for the ‘in’ Crowders that ‘Go Go.’  It was a soulful, Motown version with a big brass section. He performed it on Shindig! The song went to #13 on the U.S. Billboard Hot 100 and #25 in the U.K.

The Ramsey Lewis did an instrumental, jazzy version of the tune in 1965, which they recorded live at Bohemian Caverns, a night club in Washington D.C. The released it on their 1965 album The In Crowd. Their version went to #5 on the U.S. Billboard Hot 100. The album sold more than one million copies and earned RIAA gold certification.

There have been other covers of “The ‘In’ Crowd” was well. These included ones by Alvin and the Chipmunks, Harry James, The Mamas & The Papas, Bryan Ferry, Gregory Porter, and Chap Trick.

Ramsey Emmanuel Lewis, Jr., is an composter, pianist and radio personality. He has recorded more than 80 albums, with seven of them becoming gold records. He has received three Grammy Awards. The Ramsey Lewis Trio consisted of Lewis, drummer Isaac “Red” Holt, and bassist Eldee Young.


Check Out The Groove Pad for More 1960s Music

The Pass the Paisley Groove Pad is a resting stop, a place to chill out and listen to the featured song on the stereo. If the mood strikes you, click on the juke box to access and listen to the 50+ free online songs there. The TV has several channels, with selections updated twice a week. Every now and then, Pass the Paisley hosts an all-request of 1960s and 1970s songs for a Be-In at the juke box in the Groove Pad. Keep on truckin’. Hope you enjoyed “The ‘In’ Crowd” by The Ramsey Lewis Trio.