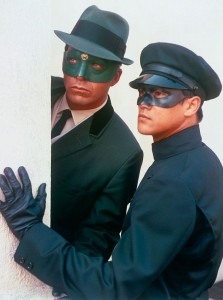 Here’s some trivia for the classic TV series The Green Hornet: