The Four Tops Reach Out I’ll Be There

King of the Road by Roger Miller

The American Breed Bend Me Shape Me

The Four Tops Reach Out I’ll Be There 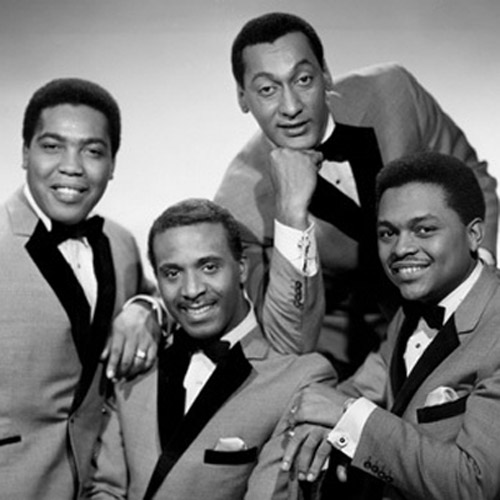 The song “(Reach Out) I’ll Be There” was written by the Motown team of Eddie Holland Jr., Lamont Dozier, and Brian Holland. They were their own hit factory, having composed and produced dozens of hits during their time at the Motown label (that is, 1962-1967). The Four Tops recorded it in two takes in 1966, thinking it was just another album track. And it was on their 1966 album Reach Out. However, Berry Gordy heard a hit there and released it as a single first with “Until You Love Someone” on the B-Side. Gordy was correct, as it turned out to be one of Motown’s best-known songs of the 1960s and a signature song for The Four Tops. The story goes that lead singer Levi Stubbs was asked to sound like Bob Dylan on “Like a Rolling Stone,” and you can hear an urgency in the singing.

The Four Tops formed in Detroit, Michigan, in 1953. They are dynamic performers and have songs in a variety of genres, including soul, R&B, jazz, rock and roll, disco, and pop. The original members were Levi Stubbs, Abdul “Duke” Fakir, Renaldo “Obie” Benson, and Lawrence Payton. They were together from 1953 to 1997, which is very unusual in the music business. There were then changes in their lineup, and they still tour today.

“(Reach Out) I’ll be There” was an international success. It went to #1 on the U.S. Billboard Hot 100, Hot Rhythm & Blues Singles, Cash Box, and the U.K. Singles Chart. It went to #6 on the Canada Top Singles Chart and in The Netherlands, #4 in Ireland, and #16 in Germany.

Personnel on the track were Stubs on lead vocals. On the background vocals were Fakir, Benson, and Payton, and The Andantes (Jackie Hicks, Marlene Barrow, and Louvain Demps) . Instrumentation was provided by the great Motown session musicians the Funk Brothers.

Here are the lyrics to “(Reach Out) I’ll be There” by The Four Tops:

I can tell the way you hang your head
You’re without love and now you’re afraid
And through your tears you look around
But there’s no peace of mind to be found
I know what you’re thinkin’
You’re alone now, no love of your own
But darling, reach out, come on girl, reach out for me
Reach out Just look over your shoulder
I’ll be there, to give you all the love you need
And I’ll be there, you can always depend on me”

The Pass the Paisley Groove Pad is a resting stop, a place to chill out and listen to the featured song on the stereo. If the mood strikes you, click on the juke box to access and listen to the 50+ free online songs there. The TV has several channels, with selections updated twice a week. Every now and then, Pass the Paisley hosts an all-request of 1960s and 1970s songs for a Be-In at the juke box in the Groove Pad. Keep on truckin’. Hope you enjoyed “(Reach Out) I’ll be There” by The Four Tops.