Paul Revere and The Raiders Hungry

The Rascals A Beautiful Morning 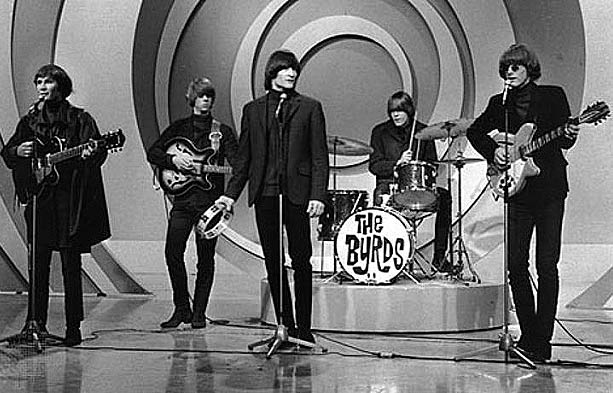 The song “Mr. Tambourine Man” was written and recorded by Bob Dylan, who released his original version of it on his 1965 album Bringing It All Back Home. The Bryds covered it in 1965 in their folk rock style. Their version went all the way to #1 on the U.S. Billboard Hot 100 and on the U.K. Singles Chart. The song was also the title track of their first album Mr. Tambourine Man. The versions by Dylan and The Bryds both have been on Rolling Stone‘s list of “The 500 Greatest Songs of All Time” and both have been Grammy Hall of Fame Award recipients.

“Mr. Tambourine Man” tells of a narrator who wants Mr. Tambourine Man to play a song and he’ll follow. The lyrics are somewhat surrealistic, as the images change from one to the next. Is the song about a hallucinogenic drug experience or about a singer’s muse, or a religious transcendent moment? Does it have anything to do with Bill Robison aka Mr. Bojangles? Or Dylan’s interest in Fellini’s films or French poetry? It’s your call. No matter what, the song was influential in the folk rock movement. The song has been widely covered, including versions by Judy Collins, Odetta, Melanie, Stevie Wonder, The Four Seasons, Chad and Jeremy, The Beau Brummels, The Lettermen, and even William Shatner.

The Byrds formed in Los Angeles in 1964. They had many lineups, but for “Mr. Tambourine Man,” they were Jim McGuinn (aka Roger McGuinn on lead guitar and vocals), David Crosby (rhythm guitar, vocals), Gene Clark (tambourine, vocals), Michael Clarke (drums), and Chris Hillman (bass guitar, vocals). They had great harmonies and McGuinn’s twelve-string Rickenbacker guitar as part of their sound. They also had success with “Turn ! Turn! Turn!,” “”I’ll Feel a Whole Lot Better,” “Eight Miles High,” “So You Want to be a Rock ‘n’ Roll Star,” to name a few. They disbanded in 1973, although some members re-united over the years. Others went off to solo careers and some became members of others groups, such as Crosby, Stills, Nash & Young, The Flying Burrito Brothers, and The Desert Rose Band.

Here are the lyrics to “Mr. Tambourine Man” by The Byrds:

I’m ready to go anywhere, I’m ready for to fade
On to my own parade
Cast your dancing spell my way
I promise to go under it

If you are interested in reading about and listening to another song by The Byrds, please click here for “Turn! Turn! Turn! (To Everything There is a Season).”

The Pass the Paisley Groove Pad is a resting stop, a place to chill out and listen to the featured song on the stereo. If the mood strikes you, click on the juke box to access and listen to the 50+ free online songs there. The TV has several channels, with selections updated twice a week. Every now and then, Pass the Paisley hosts an all-request of 1960s and 1970s songs for a Be-In at the juke box in the Groove Pad. Keep on truckin’. Hope you enjoyed “Mr. Tambourine Man” by The Byrds.