The Toys A Lover’s Concerto 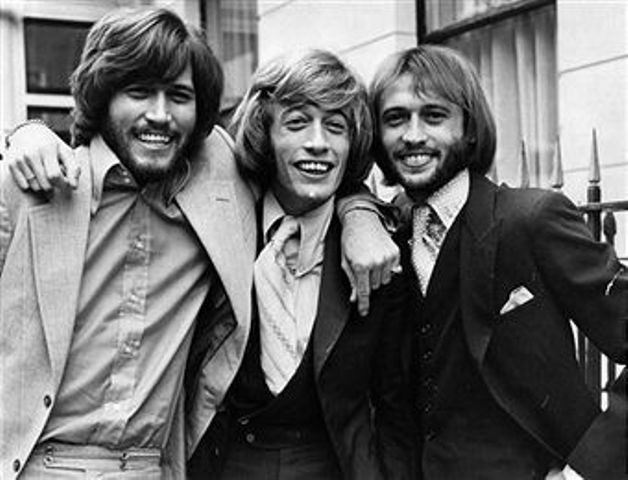 Barry, Robin, and Maurice Gibb wrote the song “Massachusetts” and released it in 1967, first as a single and then on their 1968 album Horizontal. It’s a nice piece of Sixties folk rock. Actually, at the time, the brothers Gibb had not been to Massachusetts. The song came about while they were at the Regis Hotel In New York City, as they were touring in the United States. They liked the sound of the name Massachusetts and wanted the song to be an answer in way to the movement of the hippies to California and songs such as “Let’s Go to San Francisco” and “San Francisco (Be Sure to Wear Flowers in Your Hair).” In “Massachusetts,” the lights have gone out in there because folks have left to go West. However, the singer of the song is now homesick and wants to go back to Massachusetts. They originally intended the song for The Seekers, but they recorded it first themselves. It became an international smash. It was their first #1 hit in Australia and the U.K. The song went to #1 in Austria, Belgium, Germany, Japan, The Netherlands, New Zealand, Norway, South Africa, and New Zealand. It was #2 in Canada, Denmark, Ireland, and Switzerland. And it rose to #11 on the U.S. Billboard Hot 100. The record sold more than five million copies and is one of the best-selling singles of all time.

The Bees did eventually travel to Massachusetts.

Here are the lyrics to “Massachusetts” by The Bee Gees:

Feel I’m goin’ back to Massachusetts,
Something’s telling me I must go home.
And the lights all went out in Massachusetts
The day I left her standing on her own.

Tried to hitch a ride to San Francisco,
Gotta do the things I wanna do.
And the lights all went out in Massachusetts
They brought me back to see my way with you.

I will remember Massachusetts…

For other songs by The Bee Gees: “Too Much Heaven,” “Fanny Be Tender With My Love,” and “Stayin’ Alive.”

The Pass the Paisley Groove Pad is a resting stop, a place to chill out and listen to the featured song on the stereo. If the mood strikes you, click on the juke box to access and listen to the 50+ free online music there. The TV has several channels, with selections updated twice a week. Every now and then, Pass the Paisley hosts an all-request of 1960s and 1970s songs for a Be-In at the juke box in the Groove Pad. Keep on truckin’. Hope you enjoyed “Massachusetts” by The Bee Gees.