Sunday Will Never Be The Same

The Temptations I Can’t Get Next to You

The Kinks Tired of Waiting for You

Sunday Will Never Be The Same 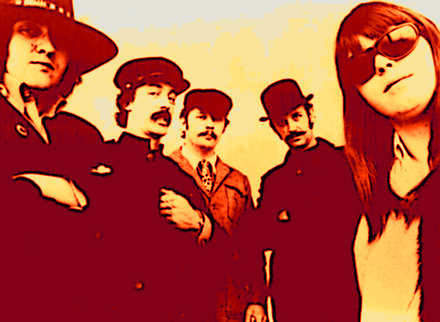 Spanky and Our Gang, the Sixties sunshine pop group led by Elaine “Spanky” McFarlane, took its name from Hal Roach’s popular Our Gang comedies of the 1930s. The group’s first hit was “Sunday Will Never Be The Same” written by Terry Cashman and Gene Pistilli.

Cashman recalls, “One day Gene came into the office, and he had this chord progression he came up with. Most simple rock and roll chord progressions in the key of G would be G to E minor to A minor to D. And Gene came in with a change which was instead of going from G to E minor, he went to E major, and instead of going to an A minor – the typical rock and roll kind of thing – he went to an A major, so it made it sound different. And when he played it for me, I started singing this melody to it. And you know, it made me think of a girlfriend that I had a few years before. We used to walk in the park on Sundays, and that whole story became the idea for the song because she left him, and the love affair was over, that Sunday, that special day would never be the same. We wrote the song very quickly. That song Gene and I wrote and Tommy West helped us with the demo, and we did a really, really good demo of the song.”

Although the song was turned down by The Mamas and The Papas, as well as The Left Banke, Cashman took it to successful producer Jerry Ross. Ross loved the song and said it would be perfect for a new vocal band he had signed: Spanky and Our Gang. Originally a ballad, Ross placed the sad lyrics against an upbeat production with a hook borrowed from the Christmas hymn “Angels We Have Heard on High.”

“I remember Sunday morning
I would meet him at the park
We’d walk together hand in hand
‘Til it was almost dark.

Now I wake up Sunday morning
Walk across the way to find
Nobody waiting for me
Sunday’s just another day.

Sunday will never be the same
I’ve lost my Sunday-song,
He’ll not be back again.

Sunny afternoons that make me
Feel so warm inside
Have turned as cold and grey as ashes
As I feel the embers die.

No longer can I walk these paths
For they have changed
I must be on, the sun is gone
And I think it’s gonna rain.

Sunday will never be the same
I’ve lost my Sunday-song
He’ll not be back again.

I remember children
Feeding flocks of pigeons
I remember sunshine
And you were mine.

Sunday will never be the same
I’ve lost my Sunday-song
He’ll not be back again.

Sunday will never be the same.”

Please click here for “Lazy Day” by Spanky and Our Gang if you are interested in reading about and listening to another one of their songs.

The Pass the Paisley Groove Pad is a resting stop, a place to chill out and listen to the featured song on the stereo. If the mood strikes you, click on the juke box to access and listen to the 50+ free online songs there. The TV has several channels, with selections updated twice a week. Every now and then, Pass the Paisley hosts an all-request of 1960s and 1970s songs for a Be-In at the juke box in the Groove Pad. Keep on truckin’. Hope you enjoyed “Sunday Will Never be the Same” by Spanky and Our Gang.