Peter and Gordon A World Without Love

Wild Thing by The Troggs 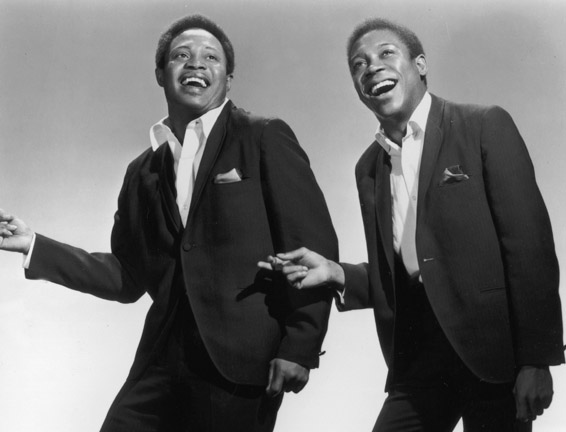 The song “Soul Man” was written by Isaac Hayes and David Porter. and first recorded by Sam & Dave. It was released as a single in 1967, backed with “May I Baby” and on their 1967 album titled Soul Men. On the track were the vocals by Sam & Dave, where they trade of singing a verse and joining each other on the chorus. Instrumentation was provided by Booker T. &^ the M.G.’s and the Mar-Keys Horns.  Two versions were recorded. One goes right into the intro, and this is the one usually played on the radio. The other has a more enthusiastic opening, with Sam Moore singing “Comin’ to you…”

The story behind the song goes something like this. Isaac Hayes was watching the news in July, 1967, about the 12th Street riot in Detroit. He noticed that buildings that were not destroyed were in many instances those where people had marked those owned  and/or operated by African-Americans with the word “soul.” It reminded him of the Biblical story of the Passover. Hayes said that inspiration behind the song was “a story about one’s struggle to rise above his present conditions. It’s almost a tune..kind of like boasting ‘I’m a soul man.’ It’s a pride thing.”

There have been numerous covers of the song, including versions by The Blues Brothers, Sweet Charles Sherrell, Lou Reed and Sam Moore, Los Pericos, Guy Sebastian, Paul Revere & The Raiders, Three Penny Ride, and many more.

Here are the lyrics to “Soul Man” by Sam and Dave:

Coming to you on a dusty road
Good loving, I got a truck load
And when you get it, you got something
So don’t worry, ’cause I’m coming

Got what I got the hard way
And I’ll make better each and every day
So honey, don’t you fret
‘Cause you ain’t seen nothing yet

I was brought up on a side street
And learned how to love before I could eat
I was educated from good stock
When I start loving, oh I can’t stop

The Pass the Paisley Groove Pad is a resting stop, a place to chill out and listen to the featured song on the stereo. If the mood strikes you, click on the juke box to access and listen to the 50+ free online songs there. The TV has several channels, with selections updated twice a week. Every now and then, Pass the Paisley hosts an all-request of 1960s and 1970s songs for a Be-In at the juke box in the Groove Pad. Keep on truckin’. Hope you enjoyed “Soul Man” by Sam and Dave.