Every Mother’s Son Come on Down to My Boat 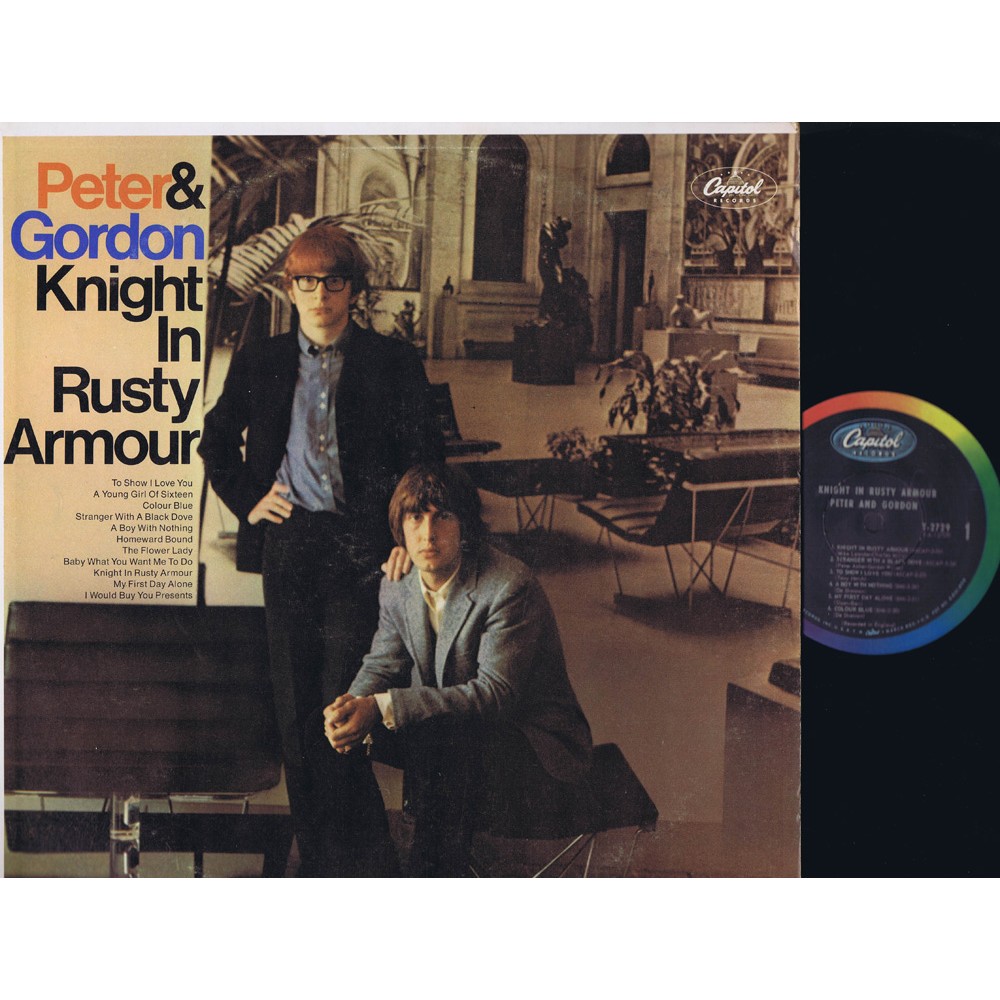 Peter and Gordon were Peter Asher and Gordon Waller , who formed as a duo in the early 1960s. They were school friends at Westminster, one of the top private schools in Britain. Peter and his sister Jane Asher were child actors in the 1950s, notably for appearing as siblings in an episode of the TV series The Adventures of Robin Hood. Jane dated Paul McCartney, and that liaison turned out to be good fortune for Peter and Gordon. Paul gave them the song “World Without Love,” which sky-rocketed to #1 in the U.K. and U.S. in 1964. They had other big hits with “Nobody I Know,” I Don’t Want to See You Again,” “I Go to Pieces,” “True Love Way,” and “To Know You is to Love You,” among others. They broke up in 1968. Gordon went solo, and Peter became head of A&R for Apple Records.

Here are the lyrics to “The Knight in Rusty Armour” by Peter and Gordon:

If you are interested in reading about and listening to other songs by Peter and Gordon: “Lady Godiva” and “A World Without Love.”

The Pass the Paisley Groove Pad is a resting stop, a place to chill out and listen to the featured song on the stereo. If the mood strikes you, click on the juke box to access and listen to the 50+ free online songs there. The TV has several channels, with selections updated twice a week. Every now and then, Pass the Paisley hosts an all-request of 1960s and 1970s songs for a Be-In at the juke box in the Groove Pad. Keep on truckin’. Hope you enjoyed “The Knight in Rusty Armour” by Peter and Gordon.