My Girl by The Temptations

The Beach Boys Wouldn’t It Be Nice

My Girl by The Temptations 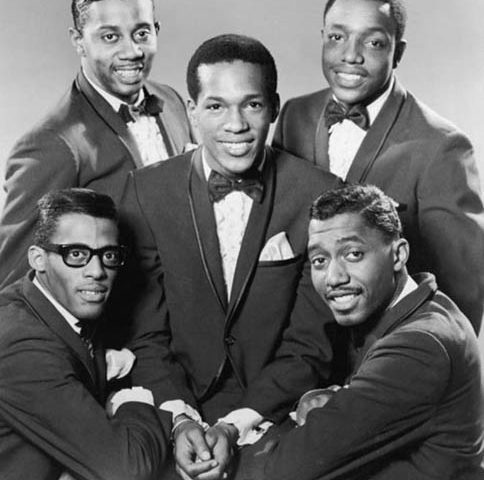 The song “My Girl” by The Temptations is a Motown sixties music classic. Part of the fun of this era includes the different styles of music. The British invasion had arrived, indeed, but Motown was growing strong and doing fine. This song was written by Smokey Robinson and Ronald White. Robinson, who wrote the lyrics and was married to Claudette at the time, said that it was not about a specific girl but “written with all the women in the world in mind.” He had written “My Guy” for Mary Wells the year before, and this was similar in sentiment, although from a male perspective. Robinson and White were working on the song at the Apollo Theater and were planning to have The Miracles record it. But The Temptations heard and loved it, so Robinson recorded it with them in December 1964. Group members for “My Girl” were Otis Williams, David Ruffin, Melvin Franklin, Eddie Kendricks, and Paul Williams. The marvelous Motown session musicians The Funk Brothers provide the instrumentation, which in this case were Robert White (guitar), James Jamerson (Bass), and Benny Benjamin (drums). The Detroit Symphony Orchestra provided the strings. In 1965, “My Girl” was the first #1 Billboard Hot 100 hit for The Temptations. It also went to #1 on the U.S. R&B Chart.

“My Girl” has been featured in numerous films, including My Girl and My Girl 2, The Big Chills, Mannequin, Born on the Fourth of July, Sleeping with the Enemy, Munich, and Walk Hard: The Dewey Cox Story. Artists who have covered the song include Marvin Gaye, Otis Redding, Dolly Parton, and The Mamas & The Papas.

The Temptations are one of the most successful groups in music history, which isn’t surprising since they have great songs, great harmonies, and great performances. There have been many personnel changes over the years, of course, and they still tour live. Motown sixties music is alive and well loved.

Here are the lyrics to “My Girl” by The Temptations:

“I’ve got sunshine on a cloudy day
When it’s cold outside I’ve got the month of May
I guess you’d say
What can make me feel this way?
My girl (my girl, my girl)
Talkin’ ’bout my girl (my girl)

I’ve got so much honey the bees envy me
I’ve got a sweeter song than the birds in the trees
Well I guess you’d say
What can make me feel this way?
My girl (my girl, my girl)
Talkin’ ’bout my girl (my girl ooh)

I don’t need no money, fortune, or fame (Ooh hey hey hey)
I’ve got all the riches baby one man can claim (Oh yes I do)
I guess you’d say
What can make me feel this way?
My girl (my girl, my girl)
Talkin’ ’bout my girl (my girl)

For other songs by The Temptations: “Ball of Confusion” and “The Way You Do the Things You Do.”

If you are interested in an album of songs by The Temptations, please click on the photo below:

The Pass the Paisley Groove Pad is a resting stop, a place to chill out and listen to the featured song on the stereo. If the mood strikes you, click on the juke box to access and listen to the 50+ songs there. The TV has several channels, with selections updated twice a week. Every now and then, Pass the Paisley hosts an all-request of 1960s and 1970s songs for a Be-In at the juke box in the Groove Pad. Keep on truckin’. Hope you enjoyed “My Girl” by The Temptations.