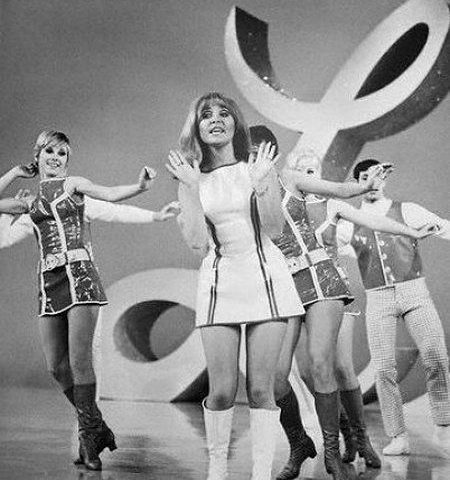 This is the title song to the 1967 film To Sir With Love, which was directed, and produced by James Clavell. The film, which dealt with social issues in an inner  city school. The movie starred Sidney Poitier as Mark Thackeray, the unemployed engineer who takes a job teaching in a touch East End of London school. Lulu is in the film as one of his students. She and many of the other students are moved  by his effect on them, and she sings this song to him at the end of the film. In 1967-1968, the song went to #1 on the U.S. Billboard Hot 100, U.S. Cash Box Top 100, and in Canada. It went to #11 in the UK, #12 in New Zealand, and #18 in Australia. 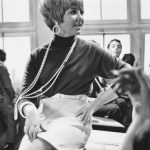 Lulu was born Marie McDonald McLaughlin Lawrie in Lennoxtown, East Dunbartonshire, Scotland. She’s famous for her songs “To Sir with Love,” “Shout,” “Boom Bang-a-Bang.” She sang also the title song for the 1974 James Bond film The Man with the Golden Gun.

Here are the lyrics to “To Sir with Love” by Lulu:

Those schoolgirl days of telling tales and biting nails are gone
But in my mind I know they will still live on and on
But how do you thank someone who has taken you from crayons to perfume?
It isn’t easy, but I’ll try

If you wanted the sky I would write across the sky in letters
That would soar a thousand feet high ‘To Sir, With Love’

The time has come for closing books and long last looks must end
And as I leave I know that I am leaving my best friend
A friend who taught me right from wrong and weak from strong
That’s a lot to learn. What,  what can I give you in return?

If you wanted the moon I would try to make a start
But I would rather you let me give my heart ‘To Sir, With Love’ 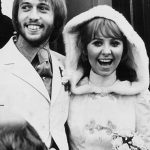 Pictured here are Lulu and Maurice Gibb (of The Bee Gees, of course) at Gerrard’s Cross, Buckinghamshire where they were married in St. James’ Church in 1969. In keeping with Lulu’s Scottish roots , the pageboys wore kilts. They divorced in 1973.

The Pass the Paisley Groove Pad is a resting stop, a place to chill out and listen to the featured song on the stereo. If the mood strikes you, click on the juke box to access and listen to the 50+ free online songs there. The TV has several channels, with selections updated twice a week. Every now and then, Pass the Paisley hosts an all-request of 1960s and 1970s songs for a Be-In at the juke box in the Groove Pad. Keep on truckin’. Hope you enjoyed “To Sir With Love” by Lulu.