Marvin Gaye I Heard it Through The Grapevine 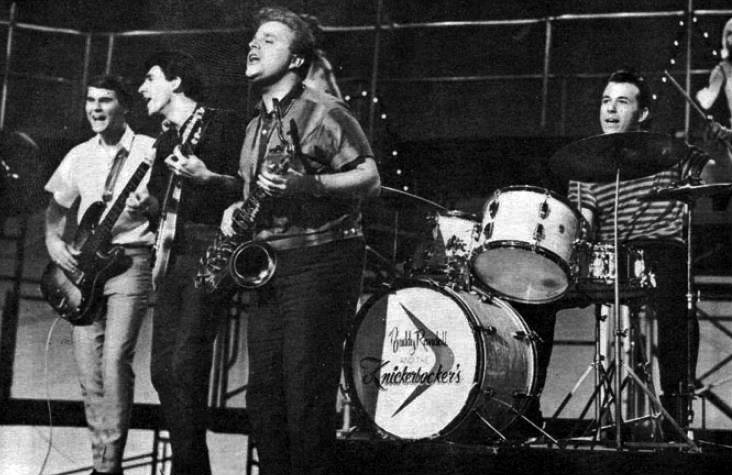 Those of you who hail from Bergen County, New Jersey, probably know about Knickerbocker Road where George Washington marched his troops in their famous retreat from Manhattan.  Bergenfield, NJ, was the home of The Knickerbockers, who took their name from the famous road. The band formed in 1962 and went through several personnel changes before being discovered.

In 1964, producer-singer-songwriter Jerry Fuller heard The Knickerbockers playing at the University Twist Palace in Albany, New York, and was able to get them a deal on Los Angeles-based Challenge Records. “Lies” was released in 1965 and reached #20 on the Billboard Hot 100 in January of 1966. The record featured a hot guitar lick, three-part harmony vocals, and a Lennon-esque lead vocal.

Here are the lyrics to “Lies” by The Knickerbockers:

Lies, lies,
You’re telling me that you’ll be true
Lies, lies,
That’s all I ever get from you

You think that you’re such a smart girl
And I’ll believe what you say
But who do you think you are girl,
To lead me on this way, hey

Someday, you’re gonna be lonely
But you won’t find me around
Lies, lies, breaking my heart

The Pass the Paisley Groove Pad is a resting stop, a place to chill out and listen to the featured song on the stereo. If the mood strikes you, click on the juke box to access and listen to the 50+ free online songs there. The TV has several channels, with selections updated twice a week. Every now and then, Pass the Paisley hosts an all-request of 1960s and 1970s songs for a Be-In at the juke box in the Groove Pad. Keep on truckin’. Hope you enjoyed “Lies” by The Knickerbockers.