Jimmy Ruffin What Becomes of the Brokenhearted

The Toys A Lover’s Concerto

Lee Dorsey Working in the Coal Mine

Jimmy Ruffin What Becomes of the Brokenhearted 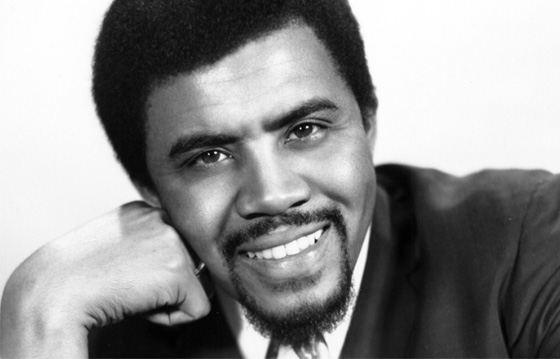 This song about the heartbreak of losing a loved one was written by William Weatherspoon, Paul Riser, and James Dean. The ballad was originally meant for The Spinners, but Jimmy Ruffin persuaded them to let him do the song. Instrumentation was provided by the fabulous Motown session musicians The Funk Brothers. Background vocals were done by The Originals (Freddie Gorman, Walter Gaines, C.P. Spencer and Hank Dixon)) and The Andantes (Jackie Hicks, Marlene Barrow, and Louvain Demps).

In 1966, the song was an international hit, going to #6 on the U.S. R&B Chart, #7 on the U.S. Billboard Hot 100, #9 on Cash Box, #8 in the U.K., #2 in France, and #18 in Canada. It is considered to be one of the classic songs with the Motown sound. There have been numerous covers, including versions by The Supremes, Chris Farlow, Baby Washington, Rid Stewart, Martina McBridge, Westlife, and Boy George, just to mention a few.

Jimmy Ruffin was the older brother of David Ruffin of The Temptations. Jimmy had auditioned for The Temptations, but they chose David. However, Jimmy had his own success in the music business in the U.S. and the U.K, not only with “What Becomes of the Brokenhearted,” but with ten other charting singles, including “Hold On to My Love.”

Here are the lyrics:

If you are interested in purchasing an album with the songs of Jimmy Ruffin, please click on the photo below and check it out:

The Pass the Paisley Groove Pad is a resting stop, a place to chill out and listen to the featured song on the stereo. If the mood strikes you, click on the juke box to access and listen to the 50+ free online songs there. The TV has several channels, with selections updated twice a week. Every now and then, Pass the Paisley hosts an all-request of 1960s and 1970s songs for a Be-In at the juke box in the Groove Pad. Keep on truckin’. Hope you enjoyed “What Becomes of the Brokenhearted” by Jimmy Ruffin.