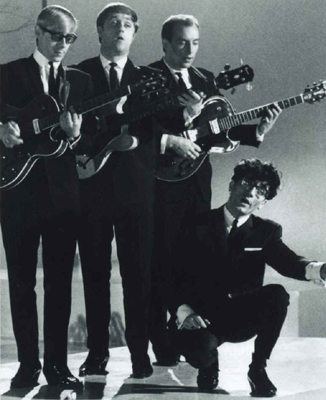 The song “I’m Telling You Now” by Freddie and the Dreamers is a fun song that was part of Sixties British Invasion music. And it had a dance associated with it. To do The Freddie:  First, stand in place; then, in rhythm with the music, extend the left leg and left arm. Put them back in place. Follow that with the right leg and right arm. Repeat until the song ends. The Freddie was a brief fad dance in the mid-Sixties. It came about with the songs “I’m Telling You Now” and “Do the Freddie,” by, of course, Freddie and the Dreamers. Chubby Checker, who was up on many of the dance crazes, had “Let’s Do the Freddie.” Anyway, “I’m Telling You Now” was written by band member Freddie Garrity and Mitch Murray, a British songwriter and record producer whose songs were also performed by The Beatles, Gerry and The Pacemakers, Manfredd Mann, and The Dave Clark Five, among other artists. Freddie and the Dreamers recorded the song  and released it  through Capitol Records in 1963. Two years later, Tower Records re-released it, and it went to #1 on the U.S. Billboard Hot 100.

Freddie and the Dreamers formed in Manchester, England, in 1963. The founding members were Freddie Garrity, Roy Crewdson, Derek Quinn, Peter Birrell, and Bernie Dwyer. Before he was a singer, Garrity had employment as a milkman in Manchester. They were known for their eccentric antics and clowning around on stage — particularly, from Freddie. Versions of the band performed for many decades. Garrity retired in 2001 for health reasons (pulmonary hypertension) and died in 2006.

Here are the lyrics to “I’m Telling You Now” by Freddie and The Dreamers: 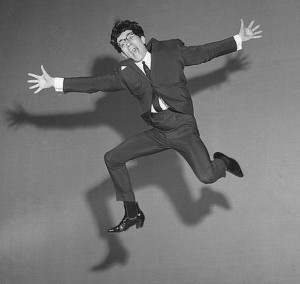 The Pass the Paisley Groove Pad is a resting stop, a place to chill out and listen to the featured song on the stereo. If the mood strikes you, click on the juke box to access and listen to the 50+ commercial free online songs there. The TV has several channels, with selections updated twice a week. Every now and then, Pass the Paisley hosts an all-request of 1960s and 1970s songs for a Be-In at the juke box in the Groove Pad. Keep on truckin’. Hope you enjoyed “I’m Telling You Now” by Freddie and The Dreamers.