Glad All Over by The Dave Clark Five 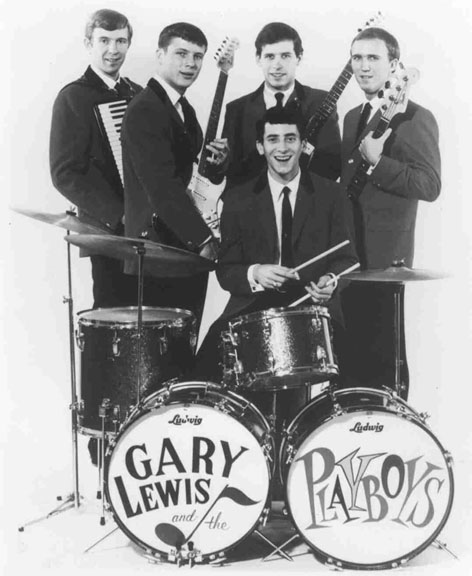 The song was written by Al Kooper, Bob Brass, and Irwin Levine. They tried to have it performed by The Drifters, who turned it down. And then Bobby Vee, who also turned it down. Sammy Ambrose recorded it first and released it in late 1964. Then, Gary Lewis and the Playboys released their version in January, 1965. Both charted, but Ambrose made it to #117 on the U.S. Billboard Hot 100. The track by Gary Lewis & The Playboys went all the way to #1 by February 20, 1965. It went to #6 in Australia. The record sold more than one million copies and earned an RIAA gold record.

Gary Lewis is the son of comedian Jerry Lewis. He and his friends put together a band. Because they were often late to practice, he called them “playboys.” They had a nice gig playing at Disneyland. To ensure that their record would be a hit, their producer Snuff Garrett used the fabulous musicians of the Wrecking Crew to provide the instrumentation with Gary Lewis and The Playboys on backing tracks. The Wrecking Crew for “This Diamond Ring” included Ron Hicklin, who supported the vocals, Hal Blaine (drums), Carol Kaye (bass), Mike Deasy and Tommy Allsup (guitars), and Leon Russell (keyboards and music arranger).

Here are the lyrics to “This Diamond Ring” by Gary Lewis and The Playboys:

For an album of greatest hits from Gary Lewis & The Playboys for your consideration, please click on the photo below:

The Pass the Paisley Groove Pad is a resting stop, a place to chill out and listen to the featured song on the stereo. If the mood strikes you, click on the juke box to access and listen to the 50+ free online songs there. The TV has several channels, with selections updated twice a week. Every now and then, Pass the Paisley hosts an all-request of 1960s and 1970s songs for a Be-In at the juke box in the Groove Pad. Keep on truckin’. Hope you enjoyed “This Diamond Ring” by Gary Lewis and The Playboys.