Dusty Springfield You Don’t Have to Say You Love Me

Canned Heat Going Up the Country

Dusty Springfield You Don’t Have to Say You Love Me 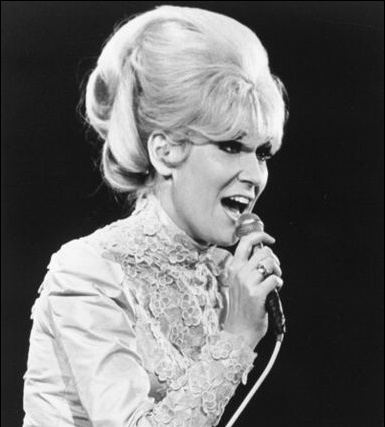 The dramatic song “You Don’t Have to Say You Love Me” was originally “Io che no vivo (senza te),” which translates from the Italian to English as “I, Who can’t live (without you)” and was introduced at the 1965 Sanremo Festival. It was written by Pino Donaggio and Vito Pallavinci. Luchino Visconti featured the song in his film Vaghe stelle dell’Orsa, which starred Claudia Cardinale. Dusty Springfield was in the audience at the Sanremo Festival, and the song moved her to tears. Once back in England, Vicki Wickham and Simon Napier-Bell (who was manager of The Yardbirds) wrote their lyrics for the music. The song went to #1 in the U.K. and #2 in Canada. It rose #4 on the U.S. Billboard Hot 100, #3 on Cash Box, and #8 on the U.S. Adult Contemporary Chart.

There have been numerous covers, including versions by Elvis Presley, Tom Jones, Connie Francis, Cher, Carla Thomas, Vic Damone, Robert Goulet, Guys ‘n’ Dolls, Brenda Lee, The Lennon Sisters, and the list goes on and on. “You Don’t Have to Say You Love Me” became a signature song for Dusty Springfield.

Dustry Springfield was born Mary Isobel Catherine Bernadette O’Brien in West Hampstead, North London, England, in 1939. She joined a group called The Lana Sisters in 1958 and then formed a pop-folk vocal trio The Springfields, which included her brother Tom Springfield and Tim Felid. She began her solo career in 1963 and had hits with “I Only Want to Be with You,” “Wishin’ and Hopin’,” and “I just Don’t Know What to do With Myself,” “Son of a Preacher Man,” “What Have I Done to Deserve This?” and more. She loved pop music as well as soul music and brought Motown artists into the U.K. consciousness. She went on to become one of the Sixties female pop stars and best-selling female singers and in the world. She had issues with alcoholism and drug dependency. She was diagnosed with bipolar disorder. In her personal life, she was never reported to have a heterosexual relationship and lived for a time with in a domestic partnership with singer Norma Tanega. There were also other romantic relationships with women in Canada and the U.S., including one with photojournalist Faye Harris. Springfield died of cancer in 1999.

Here are the lyrics to “You Don’t Have to Say You Love Me” by Dusty Springfield:

You don’t have to say you love me just be close at hand
You don’t have to stay forever I will understand
Believe me, believe me I can’t help but love you
But believe me I’ll never tie you down
Left alone with just a memory
Life seems dead and so unreal
All that’s left is loneliness there’s nothing left to feel

To read about and listen to others song by Dusty Springfield: “I Only Want to Be With You,” which is on Pass the Paisley’s sister site The Daily Doo Wop, and “Son of a Preacher Man.”

The Pass the Paisley Groove Pad is a resting stop, a place to chill out and listen to the featured song on the stereo. If the mood strikes you, click on the juke box to access and listen to the 50+ free online songs there. The TV has several channels, with selections updated twice a week. Every now and then, Pass the Paisley hosts an all-request of 1960s and 1970s songs for a Be-In at the juke box in the Groove Pad. Keep on truckin’. Hope you enjoyed “You Don’t Have to Say You Love Me” by Dusty Springfield.