They’re Coming to Take Me Away Ha Haaa 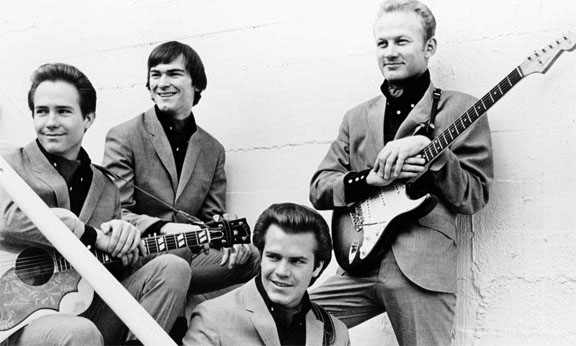 The song “I Fought the Law” was written in 1959 by singer-songwriter Sonny Curtis, who was with The Crickets. (Curtis played the guitar with The Crickets after Buddy Holly’s death). The song was on their 1960 album In Style with the Crickets and was released as a single, but it did not chart successfully. Others covered it, but the version by the Sixties rock music band Bobby Fuller Four was released in December of 1965 and in 1966 it went to #9 on the U.S. Billboard Hot 100 and #11 in Canada. They also released it on their 1966 album titled I Fought the Law. There have numerous covers of the song, including versions by The Clash, Hank Williams, Jr., Dead Kennedy’s, Sam Neely, Nitty Gritty Dirt Band, Dave Courtney, Mike Ness, John Cougar Mellencamp, Johnny Cash, Bruce Springsteen, Roy Orbison, Tom Petty, Green Day, Alvin and the Chipmunks, Grateful Dead, Stray Cats, and oh so many more.

The Bobby Fuller band formed in El Paso, Texas, around 1962. On this track were Bobby Fuller (vocals, guitar), Randy Fuller (backing vocals, bass guitar), Jim Reese (backing vocals, guitar), and DeWayne Quirico (drums). They had other hits with “Let Her Dance” and “Love’s Made a Fool of You.” Sadly, Bobby Fuller died at the age of 23 of asphyxiation in a car parked near his Hollywood, CA, apartment. It was one of those mysterious celebrity deaths that could have been suicide or possibly murder. After Bobby’s death, his brother Randy took over the lead vocals and named the band after himself. He also had a solo career.

Here are the lyrics to “I Fought the Law” by Bobby Fuller Four:

The Pass the Paisley Groove Pad is a resting stop, a place to chill out and listen to the featured song on the stereo. If the mood strikes you, click on the juke box to access and listen to the 50+ free online songs there. The TV has several channels, with selections updated twice a week. Every now and then, Pass the Paisley hosts an all-request of 1960s and 1970s songs for a Be-In at the juke box in the Groove Pad. Keep on truckin’. Hope you enjoyed “I Fought the Law” by Bobby Fuller Four.