Hang on Sloopy by The McCoys 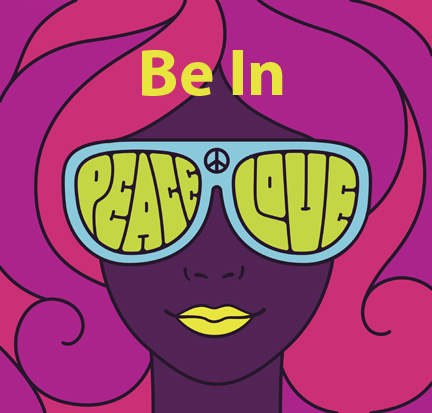 Here are the selections for the Be In #4, as it were, that is occurring on April 6, 2018. People requested 1960s and 1970s (and 1980s) songs, some with a dedication. The songs are on the juke box in the Groove Pad.  Just click on the juke box and then on the song you want to hear. Many thanks to those who requested songs. Peace out!

Here are the selections for Be In #4:

The Pass the Paisley Groove Pad is a resting stop, a place to chill out and listen to the featured song on the stereo. If the mood strikes you, click on the juke box to access and listen to the 50+ free online songs there. The TV has several channels, with selections updated twice a week. Every now and then, Pass the Paisley hosts an all-request of 1960s and 1970s songs for a Be-In at the juke box in the Groove Pad. Keep on truckin’. Hope you enjoyed Be In #4.